If You’re an Undocumented Immigrant, Here’s What The Upcoming Election Means for You

With only days to go until the 2016 United States Presidential Election, many are concerned with the candidates' ideas. How will their policies change Americans' lives? Who will make things better? What will be made worse?

For both parties, immigration has been a primary talking point in the lead-up to November 8th. If you or someone you care for is an undocumented immigrant, here's what you need to know. 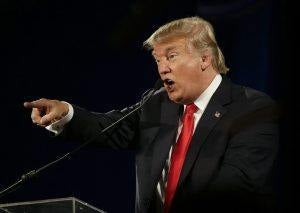 Trump has done and said many frightful things during his campaign. One plan he has brought up time and time again is to build a border wall between the United States and Mexico, which he emphasizes Mexico will pay for. However, research shows that border walls historically do not work. Beyond calling Mexican immigrants “criminals and rapists”, he is proposing to deport massive amounts of all individuals that are living in the country illegally. In addition, he has emphasized a “total and complete shutdown” of Muslims attempting to enter the United States.

One thing is clear: if an undocumented immigrant does manage to make it to the U.S., they will not have an easy road to citizenship. Having your children in the United States will no longer guarantee their American citizenship, as Trump intends to end birthright citizenship. He also wishes to eliminate sanctuary cities and is proposing “ideological” exams, ensuring that individuals with the “correct” American values are the ones that become citizens. If people are caught illegally entering the country, Trump intends to deport them immediately, without regard to the fact that many may be escaping horrors of persecution or torture in their countries. 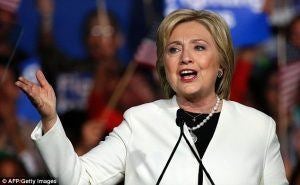 Hillary Clinton's values are remarkably different from those of her opponent.

Rather than forcibly removing all undocumented immigrants from the United States, she intends to give them an easier pathway to citizenship. Clinton is not only behind sanctuary cities, but would like to create an entire department to make the process of becoming a citizen easier.

Clinton intends to focus on a complete immigration reform to benefit both undocumented immigrants and American citizens alike. While she supports deporting those who threaten the safety of the public, Clinton firmly stands by DAPA and DACA. In addition to the crises occurring beyond the Mexican border, the civil war in Syria has torn its country apart while having a massive impact on the rest of the world. In lieu of turning these individuals away, Clinton intends to receive refugees, as many of these children and families are fleeing the suffering and death in their country.

What It Means for You

With a new president, there will be many changes in the United States' immigration policy. You or your loved ones may be stuck in limbo as it is determined what will happen next for undocumented immigrants. To receive a free 20-min. consultation regarding your situation, please call us and we can help you find the best available solution.

Irena Mykyta is a New York lawyer. This blog is not legal advice and should not be acted upon without obtaining legal counsel. To request further information, contact Irena for a free 30 minutes consultation at [email protected]

In 2014, Irena founded her own law firm in order to provide clients with more individualized attention, - something she always dreamed about when she worked as a judicial clerk at the New York State Supreme Court and as an associate at a prominent New York law firm. Her firm's focus on a few cor...

Thank you for contacting us. We will get back to you shortly.

Please complete all required fields below.

Working with us will bring you peace of mind. You will feel comfortable knowing that your legal matters are in the experienced, professional hands of Mykyta Law firm.

We understand that clients want greater predictability when it comes to legal costs. Therefore, we offer alternative fee arrangements.

Free Consultation: We can make your life easier. Call us now.